Jaraiya wears simple red robes and other fire nation garbs. He has sharp white hair and red face paint under his eyes, with a longsword hanging above his right shoulder.

Jaraiya is a firebending Avatar and swordsman. He comes of as goofy most of the time, but he is a shrewd and intelligent strategist. While being a proficient swordsman, his real skills lie in his impressive martial arts which he uses to great effect in concert with his bending. In fact the primary reason he carries a longsword over his shoulder is because he thinks it makes him look dashing. Jaraiya is often times overly bold in a fight and is known to be a bit of a show-off. He also has a baby dragon companion named Fang

Jaraiya was raised and tutored by the sages of the Dragons of the White Lotus and fights with them in their struggle against the Imperial Order, fulfilling his duty as the avatar. Jaraiya has a joyful sense of humor, but his capacity for laughter has been lessened of late, as the burden of the war weighs heavily on his shoulders. The Lotus Alliance wants to organize the various kingdoms of the world into Four equal Nations, one for each of the Bending Disciplines, and have the Avatar forever protect the peace and equality between the worlds peoples. 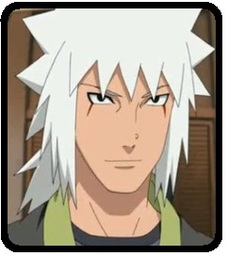